Happy New Year! Sorry this newsletter is a bit late but you will understand why as you read it. This letter is maybe one of our longest and the most personal one we ever did in our history as Innkeepers. So please bear with us and hopefully read it to the end. Thank you.

2014 was one of our worst years as far as it goes personally. In February Andy lost his oldest brother Bill to cancer. Some of you might have met Bill while here at Rockmere Lodge. We also lost two wonderful neighbors along with several friends this year.

Also as many of you know at the beginning of May Doug decided to up and leave Andy after he sent him out to get supplies. Andy came home and Doug was gone! After 15 years together it ended just like that with no warning or good bye just as we were getting into the busy season. This left Andy alone to run the business until Bob came back from Florida three weeks later.

We carried on with our business of being hospitable innkeepers while Andy put on a brave front but was hurting because he did not know what happened. After six months and just as Andy was getting his two feet firmly planted again a phone call on December 8 shook his world apart. It turned out Doug had been staying at a mutual friend’s house locally for five weeks and was very ill. This friend told Andy that Doug had only days to live as he had terminal cancer.

The friend said to Doug that Andy is on his way, is that ok? Doug shook his head yes. Andy rushed to Doug’s side. This friend said he couldn’t believe the love between the two of them. When Andy walked into the room and called Doug by his pet name, Doug turned his head, saw Andy and tears fell from his eyes and then he held up his arms for a hug.

For about a week prior to this they didn’t think Doug had heard anything because he didn’t respond but that changed when he saw Andy. He could shake his head yes or no and try his best to smile since he could no longer speak because his vocal cords were gone from the cancer. So Andy spent the next 48 hours taking care of him, holding Doug’s hand and talking to him about all the things they had done together over the years. Andy even sang Doug’s favorite song “Somewhere over the Rainbow” to him and Doug smiled. On December 10th Doug left to join the angels. I am sure he is up in heaven cooking and laughing and smiling that great big smile of his. Per his wish, he was cremated and his ashes came back to Rockmere Lodge to spend one last Christmas with Andy and the kids. His ashes will be put in a vault in the Veterans Cemetery in Springvale, Maine. That is what he wanted. Andy decided to do it sometime in April when spring came and because it was their anniversary month.

We would like to thank all who made a donation to the AWS Animal Shelter in Kennebunk in Doug’s name. He would have loved to know he was helping the animals. We can’t thank you enough for remembering the crazy, funny guy that Doug was.

Andy isn’t doing as well as we hoped but in time he will be stronger and remember all the good times they had together. They do say time heals, right? Bob stayed until the first of December to provide comfort to Andy and nudge him along with the Christmas decorations. Andy and Bob have been friends for over 30 years and the bond has gotten tighter after what happened this past year. They have each other’s backs at all times.

Now onto what’s happening in 2015 at Rockmere Lodge and our beautiful Town of Ogunquit. We are into our 24th year as Innkeepers and still loving what we do. Andy will work on some new breakfast recipes and will be busy sprucing up the inn during the upcoming winter months. One thing both Andy and Bob will do is to restore the fish pond and fountain in Doug’s memory. He so loved those gold fish. Also new gardens are planned with new plantings.

Uncle Phil and Aunt Elaine are down in Florida for the winter and he is working on new material for this season he said. We love that guy and Andy misses them both this winter so much.

Check out our January specials on our webpage, www.rockmere.com, and look for any new specials that will be forthcoming.

Now about town! New bathrooms are being built in Perkins Cove while we write this. The Anchorage is building a large ocean view restaurant on their property. The old gas station next to the Old Village Inn on Main Street has been taken down and a new building with new shops is being built. There is a new woman’s shop in the Cove along with a new art gallery.

The part of the Marginal Way in front of Rockmere Lodge that is called the “Devil’s Kitchen” has been restored stopping the erosion from storms over the years. Also Veteran’s Park by the Front Porch is undergoing a bit of work and reshaping. Several new shops throughout the town will be popping up. Also Abacus is adding an addition to their building on Main Street. The Ogunquit Playhouse has posted their schedule for this season on their webpage, www.ogunquitplayshouse.org. So as you can see Ogunquit has been busy during our winter months so far.

Remember to reserve early to get the room that you desire for your visit with us this season. Either book online from our webpage, www.rockmere.com or give us a call at 888-646-2985. We would love to talk with you.

We would like to thank you for the fantastic ride these past 24 years. We couldn’t have done it without you all. You are like family to us. Also the kids thank you for all the love you have shown them and yes, the treats!

So as we close this bitter sweet newsletter we would like to dedicate it to the memory of Doug. He so much loved cooking breakfast for you but most of all kidding with you. God bless you, funny guy. We will miss you.

We look forward to seeing all your smiling faces this coming year. Winter well!

With our love and gratitude,

Andy, Bob and the kids 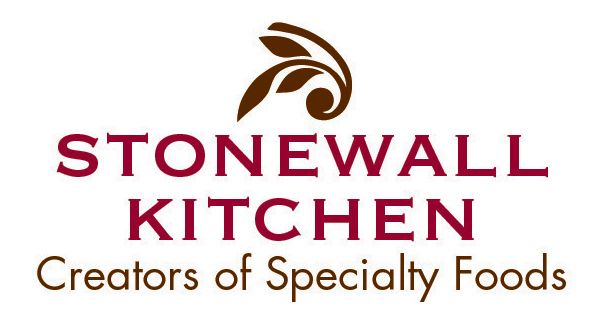